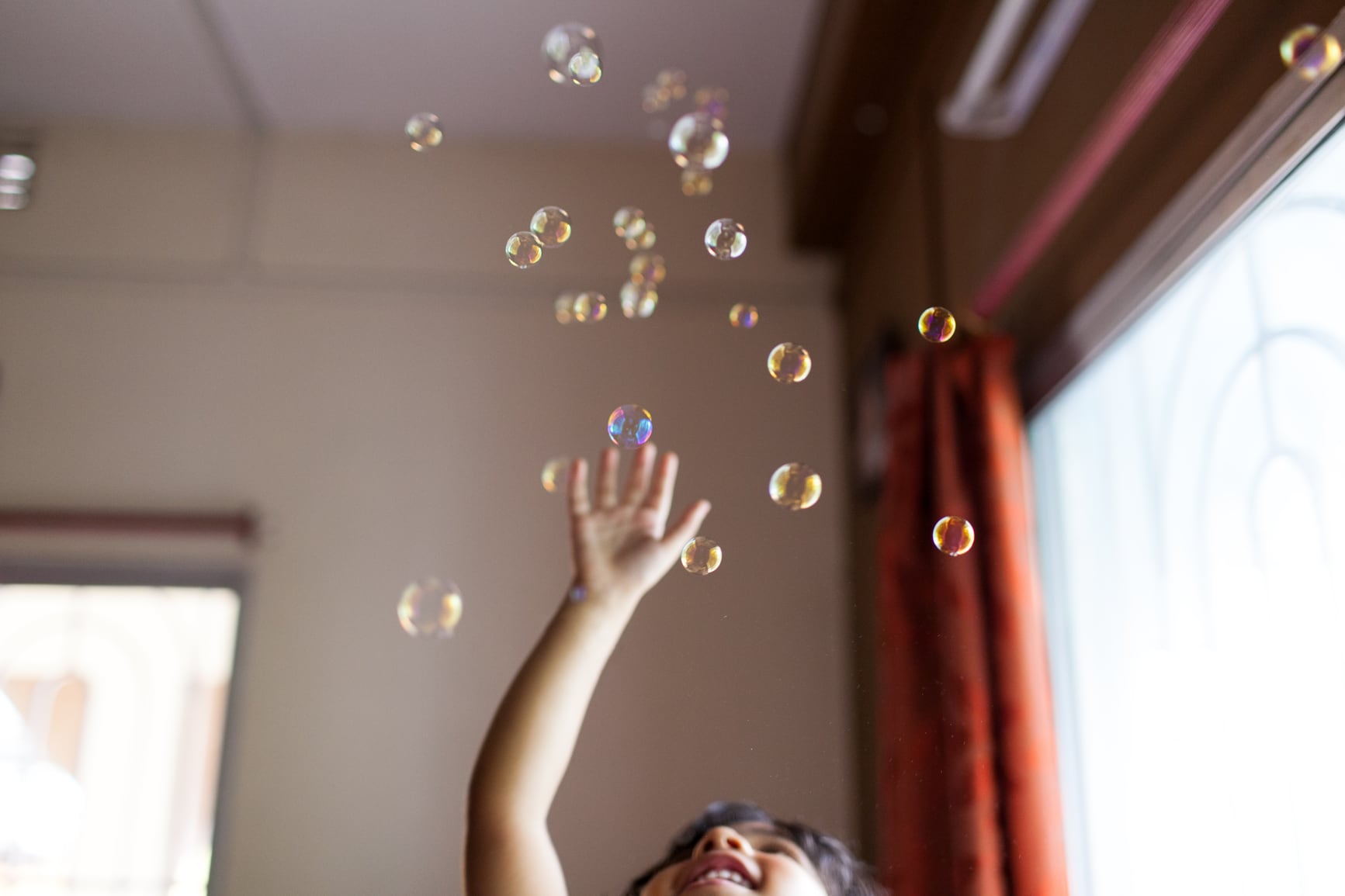 Make no mistake: we ABA clinicians understand that children won’t have anyone to hand them a reinforcer for every correct behavior throughout their childhood and certainly not going into adulthood. A valid and meaningful goal for any ABA program is to instill in children a desire to learn and an enthusiastic willingness to do (mostly) what we ask of them. We want them to be excited to take in new information and to value the learning process. We’ve realized that most parents want this for their children as well and it’s important, because learning as its own reward is usually necessary for children to acquire more complex and higher-level skills.

But: most of the kids we see do not initially have a desire to learn! We have to start out by giving them a “payoff!” However, in reality, we do much more than just pay them off. We structure our “payoffs” in quite sophisticated and subtle ways that will serve as a metaphorical bridge to establish learning as fun and valuable for the child. Granted, sometimes it’s slightly disheartening for a parent to see a child really only care about the object, snack, video or prize that they get for doing what we ask and getting it right. Initially, we might even give a reinforcer for every single correct response or every few seconds. But this is the beginning.

Luckily, we know how to proceed and gently and gradually turn this into a willingness to participate based on an internal desire to learn. And it’s actually not a magic formula, it’s science (and, as many clinical skills are, it’s both an art and a science). Reinforcement is not just rewarding desired behavior. It is an established ABA principal that requires correct timing, correctly determined ratio of reinforcement-to-behavior, and extreme attention to the details of the behavior it is meant to reinforce. We are constantly adjusting and updating these important aspects of reinforcement in our programs as your child adapts.

It’s not uncommon for parents to be initially resistant to the use of snacks or iPhone videos during session time. Sometimes parents even tell us their child “should want to” learn. It is a hard reality that this just is not the case for many of the children we see. The resistance to a payoff is understandable though; parents want their child to be reaching their goals, and it is certainly not a goal for the child to be eating extra snacks or playing on the iPhone. We agree; however, another important consideration regarding these items as used in sessions is that we are never using those activities or items as time-killers or to keep the child busy while we’re doing something else. We’re using them only as reinforcers, which is to say we are using them the way that research has proved them to be beneficial to behavior change.

A reasonable and common question that follows these explanations is whether we can use an educational toy, or a healthy snack like carrots as reinforcers! Great idea — if only it worked! But to establish other things (like paying attention and acquiring new skills) as reinforcing in and of themselves, we need to start out with consequences that are super high value. Which is not usually the case with “healthy” and “educational!” Sometimes, clapping, praise, and thumbs up can be super valuable reinforcers but with other children it is not unusual that our praise and enthusiasm are also not yet very reinforcing, and we need to resort to the other more basic reinforcers.  So it’s sometimes a trade-off: use the less desirable (to us) rewards in the short run to establish the “better” reinforcers in the long run.

A few other characteristics of the reinforcers we use in ABA are important too: during sessions, we need things that we can deliver easily, so although going to the park (for example) might be a very valuable activity, we can’t usually easily incorporate that into a session as a reward. We need smaller activities or items that we can give out frequently a little at a time and then get back on task. We also don’t like to give something we have to take back, like giving a big cookie and then taking it back after one bite (little broken-off bites of a cookie can work great though!)

Another crucial consideration when using external reinforcement is that it’s usually important to have these super high-value reinforcers available only during active learning. That is, if a child has frequent or unlimited access and spends a lot of their free time with an item or activity, and then we suddenly demand the child do something in exchange for the item, it is not well-received! They will usually lose interest in the item (and said learning activities) until they can later have the item with no restrictions (i.e., whenever they want). Therefore, it’s recommended that during this critical period of skill acquisition and behavioral development, to restrict designated high-value items and activities in order to use them in a way that can benefit your child the most. Sometimes we have to tell parents to put away the iPad during certain times of the day or please don’t go buy the same toy we bring with us that we use during sessions as a reinforcer with your child! This can be hard at times, but our supervisors usually have lots of ideas on options for any particular child. It’s also important to remember that reinforcement for the behaviors we want from your child is like putting money in the bank. Invest now and you’ll have a big return on investment in the future. It’s just how reinforcement works and it’s not debatable (when used correctly)!

Again, our goal is to teach children in a way that makes them want more of it, and not just because we’re paying them, but because the skills they are acquiring begin to take on value and so the contrived consequences we’ve used in the past become less important. For example, we might initially use small payoffs to get a child to emit sounds and words, and as they become more and more proficient at communication, their ability to impact their world through words becomes the reinforcer. We no longer need to reinforce each small step directly. We are successful in this effort in more cases than not and it is really pure delight when the turning point occurs and we are then teaching a child who is truly excited to learn.